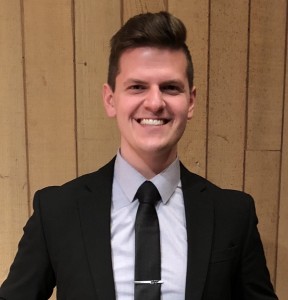 Spencer Wahl is a 2014 graduate from South Dakota State University where he earned his Bachelor of Music Education degree. In 2016, he graduated with his Master of Music Education degree from Northern State University. Wahl’s professional experience has included teaching music to students in grades K-12 in the Sioux Falls and Lennox School Districts. While teaching in Lennox, Wahl was awarded the “Dennis Hegg Young Director Award.”

In addition to teaching music in the classroom, Wahl has maintained a private saxophone studio since 2014. His students have been selected to perform in SD All-State Band and Jazz Band at both the middle and high school levels. In addition to teaching, Wahl has performed in various local ensembles, including the High Plains Woodwind Choir and the Sioux Falls Municipal Band. In his free time, Wahl enjoys running and spending time with his wife Jessica and daughter Emmeline.